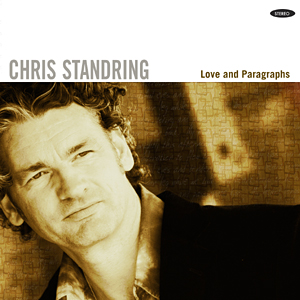 Produced by Standring and mixed and mastered by his longtime musical partner, keyboardist Rodney Lee, Love & Paragraphs was 70% recorded at the guitarist’s newly completed home studio in Southern California. With Lee creating the old school harmonies and ambiences and featured performances by keyboard master Jeff Lorber and sax great Everette Harp, the collection keeps the seductive vibe of Standring’s Soul Express concept flowing. Standring brings his Strat fire first to the classic, horn-spiced funk soul-jazz flavored opening track “Qwertyuiop” (a sly reference to the keyboard where he writes his email), which features an easy thumping cool groove and Harp’s funky tenor solo. The other Strat-propelled tracks are “As Luck Would Have It,” whose moody chill ambience in the intro gives way to high intensity blues rock energy; the easily percussive, hypnotic “Have Your Cake And Eat It,” which features Standring on a fascinating chatty talk-box solo; and “Qu’est-ce Que Tu Fais,” which starts in a laid back reflective mode and builds to a colorful vocal chorus part led by singer Jeff Robinson. Jeff Lorber dazzles on a Fender Rhodes solo in his own inimitable way. Standring gets back to the archtop on the pure pop pleasure “CS In The Sunshine,” whose swaying, joyful uptempo vibe is balanced by some darker bottom edges.