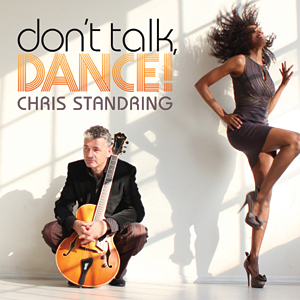 Chris Standring returns in 2014 with another musical left turn with Don't Talk, Dance! - A deep European progressive soul-jazz-dance influenced project featuring the best funk and soul studio musicians in Los Angeles. This 13 track set (with 2 bonus cuts) features Chris as arranger, orchestrator and producer, along with his signature solo jazz and fusion guitar sounds. Drawing on 70's style funk and soul inspiration, Chris raises the bar once again with an album that is impossible to sit still to. The first radio single 'Sneakin' Out The Front Door', features Chris on guitar talkbox, and harks back to a time reminiscent of early Jeff Beck, or Herbie Hancock, with a hook that is clearly all Chris Standring.